Study English in Auckland, a lovely, modern city situated on the North Island of New Zealand. Auckland is one of the most diverse cities in the world drawing on Polynesian, Maori, European and South East Asian influences, evidence of which can be found all around the city.  Auckland is positioned between the Manukau Harbour on the Tasman Sea and the Waite Mata Harbour on the Pacific Ocean. It is one of the only cities in the world to have harbours on two separate major bodies of water. Auckland enjoys a pleasant temperate climate, with warm, humid summers and mild winters.
In terms of leisure, the city has a lot to offer. Popularly known as the "City of Sails" due to the hundreds of yachts dotted along the harbour, sailing is very popular and there are a number of sailing clubs which offer courses to students. Viaduct Basin has hosted two America's Cup challenges and has a good selection of bars, restaurants and cafés that add to the city's vibrant nightlife.

Study English in an International Language School in Auckland
Queen Street, High Street and Karangahape Road are also very popular urban districts which have good shopping and nightlife, whilst the Auckland Art Gallery boasts some stunning work from the noted artist Colin McCahon. Furthermore, Auckland Domain is one of the largest parks and has an excellent view of the Gulf and of Rangitoto Island. Ferries provide transport to nature reserves and parks at Devonport, Waihehe Island and Rangitoto Island. Finally, the city's inhabitants are incredibly friendly and will stop and chat with you at any moment, which is another fantastic way to learn English in Auckland alongside your course.  Although Auckland is on the other side of the globe, it really is a wonderful place to visit and the perfect place to develop your English skills whatever your level. 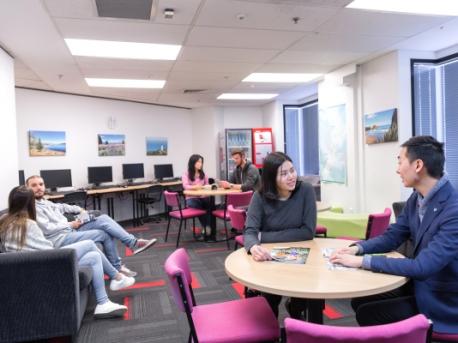 Our partner school EC Auckland is located in the immediate vicinity of the city center, within walking distance of Myers Park. It is an ideal location for students, surrounded by shops and cafes. With easy access to Auckland's main museums and entertainment, you can enjoy your leisure time after school to the fullest. read more »
Minimum age:
16 years
Open:
all year round 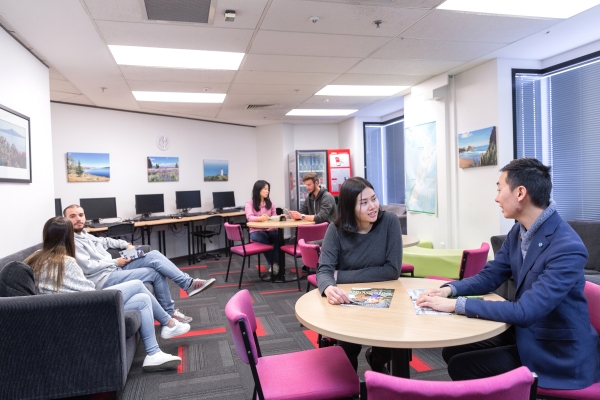