Study Spanish in Barcelona, Spain's second city and one of the most famous in the world. A city of culture, history and passion, Barcelona is as popular as ever. Situated in the north eastern corner of Spain in the Catalonia region, Barcelona is positioned on the Mediterranean coast and has the ideal combination of beautiful beaches combined with a historic city centre, making it an ideal place to study Spanish in. With approximately 1,600,000 inhabitants, Barcelona is a bustling world city and a major centre for business. The area has a Mediterranean climate with warm summers and mild winters. Snowfall during the winter months is very rare, as are temperatures exceed 40 degrees during the summer. This ideal combination continues to attract thousands of tourists from all over the world, who come to eat, drink, shop and learn Spanish in Barcelona. The Mediterranean city is served by an international airport situated 3km from the city, making transport in and out of the city centre quick and efficient. Barcelona is also served by an excellent public transport service, enabling its residents to get around the city quickly and efficiently.
Study Spanish in Barcelona at an International language school
As Barcelona is undoubtedly one of the most riveting and trendy cities in all of Spain, it makes a fantastic destination to study Spanish in.  We offer two fantastic schools for you to study Spanish in, Enforex and Babylon Idiomas. When you decide to study Spanish in Enforex or Babylon Idiomas you will be able to witness the city's art scene which has a long and established history. The works of some of Spain’s most famous artists are on display in Barcelona, with Pablo Picasso, Joan Miró and the distinctive Gaudí creations being some of the most popular. Also, the very unique Ramblas in the old town district of Barrio Gótico, refreshing city parks, cosy bars, attractive squares and the lovely Mediterranean Sea with sandy beaches, are all very popular places of special interest. In short, there is always something new to experience each day in this metropolis. Although Catalan is widely spoken, Barcelona still makes a great destination to study Spanish, and our partner Spanish school of course teachers untainted Castilian Spanish.

Would you like to study Spanish in Barcelona and require further information, or would you like to find out more about StudyTravel? If so, please follow this link or contact us via the following telephone numbers: 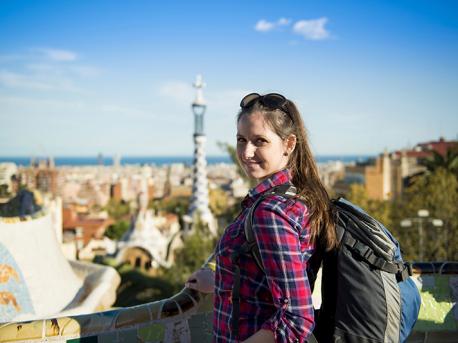 Our partner Spanish language school Enforex is located in a historic building right in the heart of Barcelona's city centre and is just a short walk from the Plaza de Cataluña square. Las Ramblas and the university are also within walking distance of Enforex. read more »
Minimum age:
16 years
Max. class size:
12
Open:
all year round
Stay in:
Apartment, Host family, Residence
Course period:
1-36 weeks, 1 week from €234 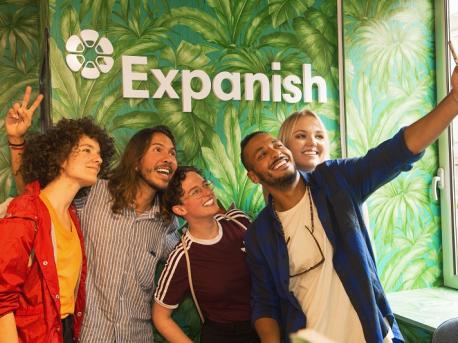 Our partner school Expanish is located in the neighborhood of Eixample in Barcelona, just  one block from the famous La Pedrera building. The area is full of incredible restaurants and within walking distance of Sagrada Familia and a short ride to the beach. read more »
Minimum age:
16 years
Open:
all year round
Stay in:
Apartment, Host family, Residence
Course period:
1-24 weeks, 1 week from €195 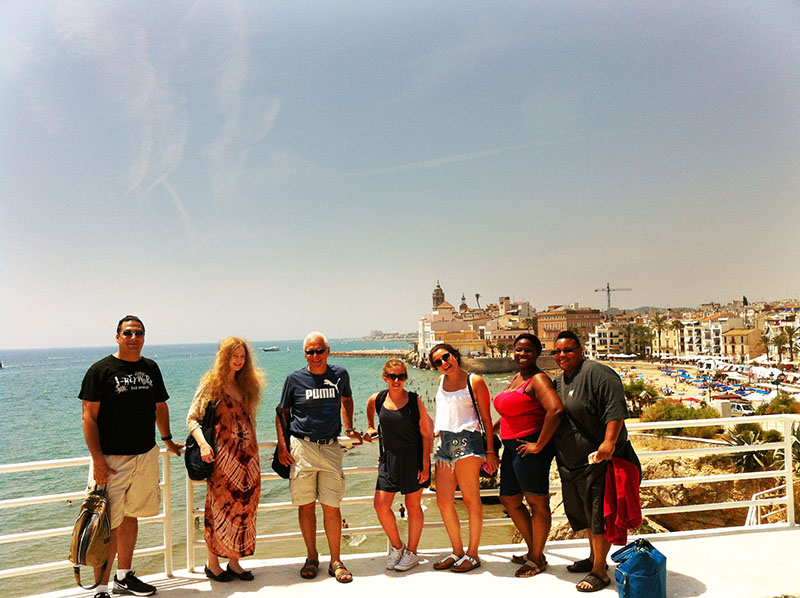