Study Spanish in Granada, a beautiful and historic Andalusian city which is surrounded majestically by the Sierra Nevada mountain range. The city is large but not overly so, with an urban population of approximately 230,000 and a regional population of just over 470,000. Granada has an airport located close by and Malaga airport is 125km away making international transport to and from the city relatively easy. In terms of history, Granada has one of the most important historical structures in the world, the Alhambra Citadel. Originally the Alhambra was a simple structure until 1238 when the founder of the Nasrid Dynasty, Ibn Nasr, fled to Granada to avoid persecution and took up residence in the castle. He ordered the new construction of the castle which was undertaken. Apart from varied sieges, the Alhambra has remained largely untouched since and stands proudly in Granada. It is currently a museum, displaying Islamic architecture. The palace of Charles V and Granada Cathedral are further places of interest. The city has the excellent combination of old meeting new, which is perfect to have fun and study Spanish.

Study Spanish at an International Language School in Granada
As well as the historical points of interest and classic architecture described above, Granada has some great bars and nightclubs thanks to its growing student population. The University of Granada is one of the most popular universities in Spain and parts of the city have a fantastic student vibe. We offer you the chance to study Spanish in Enforex, our fantatsic language school in Granada. The city and school attracts a large number of people from all over the world who come to study Spanish in Granada. The city centre has a lot of contemporary shops and there is a modern entertainment centre at the Pedro Antonio de Alacón district. If you choose to study Spanish in Granada you will definitely be guaranteed a wonderful experience. 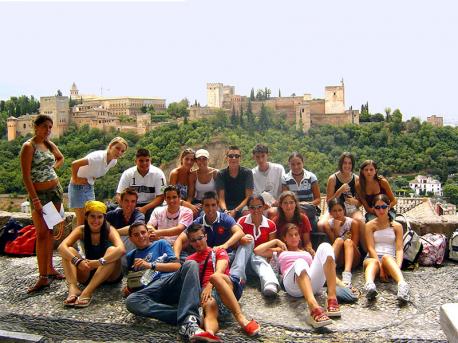 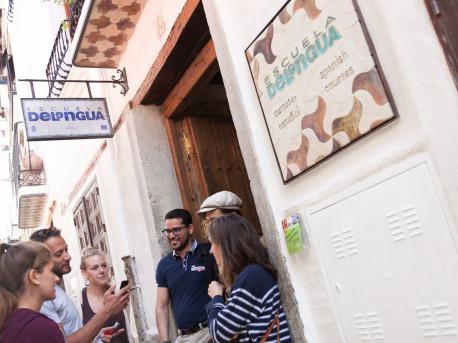 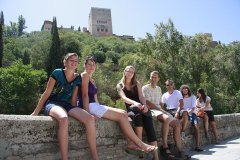