Learn Italian in Rome the charming and historical capital city of Italy. Rome is unique place in that it is one of the only European cities to escape World War II unscathed and remains essentially Baroque and Renaissance in Character. Rome has a mediterranean climate typical of much of Italy, with comfortable weather from April to June, and from September to October. Rome has many historical monuments, classical buildings and no trip to learn Italian in Rome would be complete without visiting these famous sites. The Colosseum is Rome's he principal symbol of ancient history and is the largest amphitheatre ever built in the Roman Empire. Located within the city of Rome is Vatican City, the separate sovereign state and home of the Pope and hosts St. Peter's Square with St. Peter's Basilica. Within Vatican city are the prestigious Vatican Library, Vatican Museums with the Sistene Chapel and other important works of Leonardo Da Vinci, Giotto, Raphael and Botticelli.
read more » 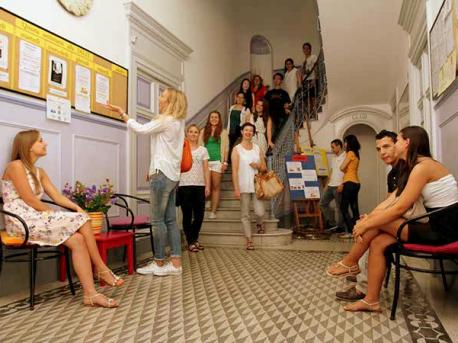 Learn Italian in Rome at our partner school, Dilit . Established in 1974, Dilit was one of the first ever language schools in Italy to teach Italian to foreign students and is today one of the most prestigious language schools in the country. The school is situated in the centre of Rome just 5 minutes walk from the central railway station (Termini Station) and access to all points of the city is available here. read more »
Minimum age:
16 years
Max. class size:
14
Open:
all year round
Stay in:
Apartment, Host family
Course period:
1-40 weeks, 1 week from €296 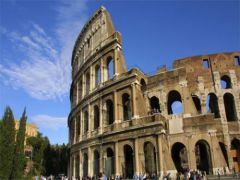