Attend one of our language schools in Alicante, which is a charming and historical port city on the east coast of Spain. Enjoyed each year by thousands of tourists from all over Europe, Alicante is economically one of the fastest-growing cities in all of Spain and makes an interesting destination to learn Spanish in the language schools. With a population of approximately 320,000 inhabitants and further 400,000 in the surrounding region, Alicante is a busy city but not one that is overcrowded. The region is served by an international airport and has a ferry service that makes regular journeys to the Balearics and to Algeria in Africa, allowing a multitude of transport options. There is also an excellent public transport system that connects the city with the surrounding area, especially the TRAM service. With the increased influx of tourists during the mid nineties, the area was forced to improve this service to enable people to get to their destinations quickly and efficiently. Consequently, the service today is arguably the best in Eastern Spain.
Language Schools in Alicante
Take a Spanish course in one of the best language schools in Alicante, Colegio Internacional Alicante, our fantastic language school The heart or focal point of Alicante is the Esplanada, a broad boulevard parallel to the sea and fringed on both sides by four rows of date palms. This area is surrounded by the vibrant city centre with its restaurants, bars and shops. Despite the absence of an old town centre, the area displays numerous remnants of its glorious past, a factor that adds to the charm of the city. One example is the Castillo Santa Bárbara castle, which has risen majestically above the city for hundreds of years. On the other hand, the harbour with its numerous trendy bars, restaurants and terraces, stands out in sharp contrast to the castle. Owing to the fact that the region enjoys a wonderful climate all year round, the city is a favourable destination for learning Spanish, even during the winter. If you choose to take Spanish lessons in the language schools in Alicante you will find out that there is so much to do, that the problem is fitting it all in!
Would you like to attend one of the Spanish language schools in Alicante and require further information, or would you like to find out more about StudyTravel? If so, please follow this link or contact us via the following telephone numbers:
Call FREE from the UK: 0808-2348578
Call FREE from the USA: 1-866-864-4489
read more » 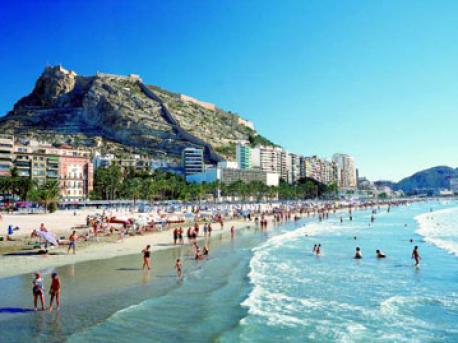 Learn Spanish in Alicante at our partner Spanish school, Colegio Internacional Alicante. Located in the heart of Alicante, the school is situated within 5 minutes walk from the sea and the Esplanada and within walking distance of the bus station. Colegio Internacional Alicante was founded by a group of professional language teachers, who are all very friendly and experienced. The school has an atmosphere that is both professional and relaxed, making learning easy and a perfect place to learn Spanish in Alicante. read more »
Minimum age:
17 years
Max. class size:
10
Open:
all year round
Stay in:
Apartment, Host family
Course period:
1-36 weeks, 1 week from €230 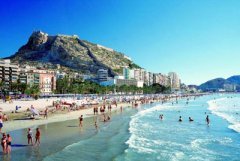