Study Spanish in Valencia, Spain's third largest city after Madrid and Barcelona. Valencia has a large population due to its relative size, of approximately 810,000 and over 1 million in the surrounding region. The city's port is one of the biggest in the Mediterranean region, and by handling 20 percent of all Spanish export it is the number one in Spain. The main exports are oranges, ceramic tiles, furniture and textiles. The city and port are the hosts of the America's Cup, the most prestigious Sailing event and regatta in the world. Valencia has evolved into a major cultural and economic centre with film, music, and theatre featuring prominently. Most intriguing of all is the brand new Çiutat de les Arts i les Ciències (City of Arts and Science) with a futuristic Imax-cinema shaped as a human eye. Thanks to its rich history, it is also a city with an attractive and cosy city centre making it an ideal place to Study Spanish in. Strolling through the bustling streets of the old town centre gives you a real feel of a typical Spanish atmosphere, which is why many people choose to study Spanish in Valencia. There are many bars and restaurants to visit, both in the new and traditional styles serving an abundance of different cuisine and of course the famous Valencian Paella, which is renowned world wide and is the city's speciality dish. 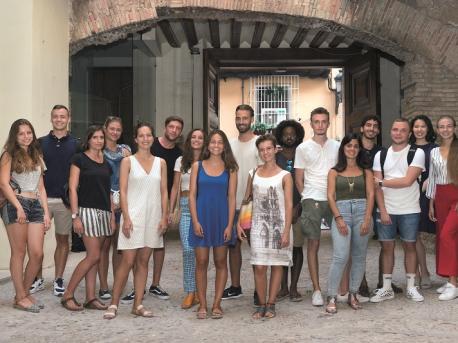 Learn Spanish in Valenica at our partner Spanish school, Españolé, which is situated right in the heart of Valencia’s historic city centre. Españolé is housed in an independent four-story building in one of the most traditional streets of the city, close to the old University of Valencia. Valencia’s Cathedral, Town Hall and other interesting sights are also within easy walking distance. read more »
Minimum age:
14 years
Open:
all year round
Stay in:
Apartment, Host family, Residence
Course period:
1-40 weeks, 1 week from €245 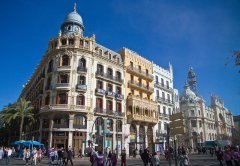