Study Spanish in the Galician city of Santiago de Compostela located in the far north west of Spain which is a popular destination for both study and for an appreciation of history. The city is medium in size with a population of just under 100,000 inhabitants and in 2000 it was named the “European City of Culture” for that year. The primary attraction is the history associated with the city, which dates back to the 4th Century and is the ending point of the “el Camino de Santiago” pilgrimage. Each year close to 100,000 Christian pilgrims journey to the city from all over Europe, and some from other parts of the world, with many walking the route, something which you may discover when you study Spanish in Santiago de Compostela. Architecturally speaking, the city has a variety of buildings from different architectonic movements, which is part of the reason why UNESCO included the city on its list of world monuments. Moreover, it has a real student feel with its 45,000 students (approximately 30% of the city’s inhabitants) giving the city a youthful and vivacious atmosphere as well as ensuring a varied nightlife. It is a mountainous region with dense woods, with fast-flowing rivers in the valleys and an untamed coastline something which you will behold when you choose to learn Spanish in Santiago de Compostela. 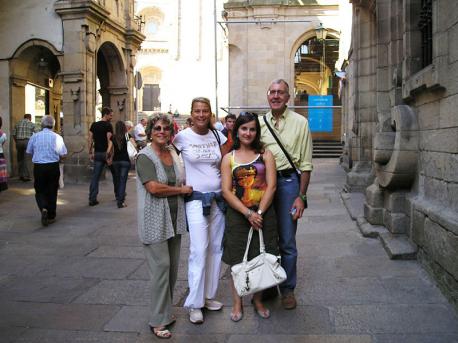 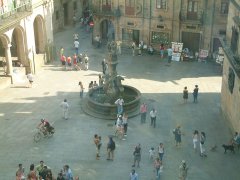