Study German in Munich, a beautiful city nestled in the heart of Bavaria. Like Berlin, Munich is a hotbed of culture, history and passion, with tremendous nightlife, places of interest and friendly inhabitants. With Munich ideally positioned in the Alpine foothills, it is possible to take skiing excursions, and many students who choose to study German in Munich take excursions into the mountains during the weekends of their stay. Munich has a thriving nightlife, with many bars and clubs spread over the city and located in some very attractive districts. Schwabing is one such district populated by much of Munich's students and younger population, and is home to two of Munich’s largest universities as well as some of the city’s most attractive nightspots. There are many cultural attractions here, in particular the beautiful Deutsches Museum, the world’s largest museum of science and technology. Munich is also home to some attractive art galleries which can be predominantly found in the Kunstareal quarter. Originally a farmer’s market, the Viktualienmarket is Munich’s most popular market for fresh food and delicatessen and the selection, exclusivity and variety of the products offered contribute to its popularity. It is also considered to offer a greater variety of fresh food and delicacies than anywhere else in Munich and hosts a number of traditional events such as brewer’s day, gardener’s day, opening of the asparagus season and summer festival. These typical German events are thoroughly enjoyable and are a 'must see' if you choose to learn German in Munich. 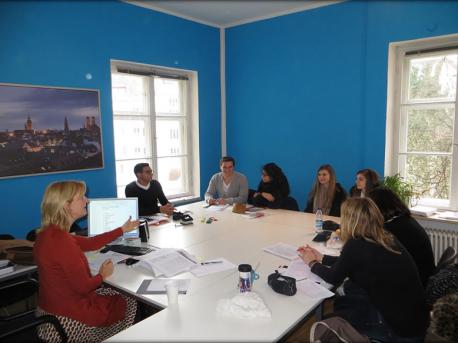 Language courses for Adults at BWS

Learn German in Munich at our partner school, BWS. Located in a great position in Munich, BWS is just a short walk from Munich's city centre and is located in a pretty, well-equipped building. The German language school is run by a team of friendly language professionals who encourage a relaxed atmosphere which ensures all German language students feel comfortable right away. read more »
Minimum age:
16 years
Max. class size:
12
Open:
all year round
Stay in:
Apartment, Host family, Private apartment
Course period:
1-36 weeks, 1 week from €280 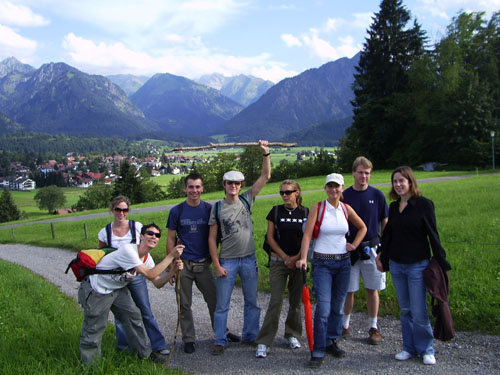