Study English in Toronto, the capital of the province of Ontario and a truly multicultural dynamic city. Toronto has more than 2.5 million inhabitants, is the economic heart of Canada and one of the top financial cities in the world. The world’s most diverse city, Toronto has a very international and cosmopolitan population, with approximately half of the population of the city being born outside of Canada. The interplay between this vast wealth of cultures makes Toronto a fantastic destination to take an English language course. On top of all this, if you choose to learn English in Toronto, you will be enjoying the world's 4th best city to experience culture after London, Paris and New York.

Study English in an International Language School in Toronto
Toronto has much in the way of cultural distinction, especially performing arts and music, and plays host to a large variety of vibrant events throughout the year. When you choose to learn English in Toronoto, you will surely find an event to enjoy that suits your taste; from street festivals to ballet. Each year the city hosts the Toronto Film Festival, in which famous Hollywood actors, writers, producers and other celebrities flock to the city, bringing with them glamour and paparazzi. According to many sources, Toronto has surpassed Cannes as the world's premier film festival, and choosing to learn English in Toronto whilst it is being held would certainly be an interesting experience. A visit to learn English in Toronto of course wouldn't be complete without seeing the city's main attractions such as the CN tower, Casa Loma and the Art Gallery of Ontario. 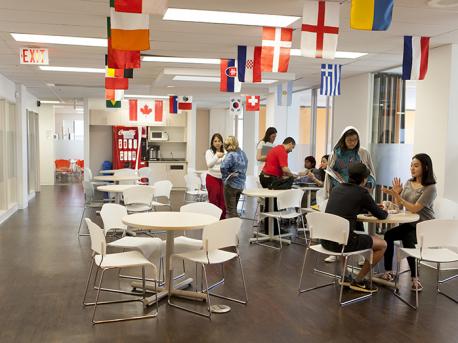 Learn English in Toronto at our partner school, EC Toronto (formerly known as LSC). This school has magnificent facilities and is located in the heart of Toronto and thanks to the metro, it is very well connected with the rest of the city. read more »
Minimum age:
16 years
Open:
all year round
Stay in:
Apartment, Host family, Residence
Course period:
1-36 weeks, 1 week from €374 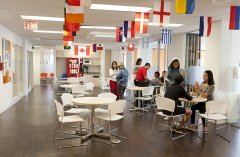