Study English in Sydney, the stunning stylish Australian city and  one of the most popular in the world. Located on the country's south-east coast, Sydney is built around Port Jackson which includes Sydney Harbour, which has earnt it the nickname, "the harbour city". Sydney is a major tourist destination made famous by its beaches and twin landmarks: the Sydney Opera House and the Harbour Bridge. Surrounding the metropolitan area are a number of national parks and many bays, rivers and inlets. The recent hosting of the 2000 Summer Olympics and the 2003 Rugby World Cup has added to its appeal. Add in the friendly and hospitable nature of the local residents and you have an ideal location for an English course.

Study English in an International Language School in Sydney
We offer you the chance to study English in ACE, our fantastic language school in Sydney. Sydney enjoys a temperate climate with warm summers and mild winters, with rainfall spread throughout the year. The hottest month is January, when temperatures exceed 30 degrees and the coldest is July, but temperatures are seldom below 5 degrees during this month. Due to its lovely weather, January is a very popular month for scuba diving, sailing and other water sports along the miles of unspoilt coastline, and would make an ideal time to learn English in Sydney if you are a water sports fan. The region has many beautiful dive spots that are worth exploring. Sydney is served by Kingsford Smith International Airport which is located in the suburb of Mascot and is the oldest commercial airport in the world that is still operating. The airport offers flights to destinations all over the world and is connected to the city centre via the City Rail train network. You will definitely have a fantastic time when you decide you study English in Sydney! 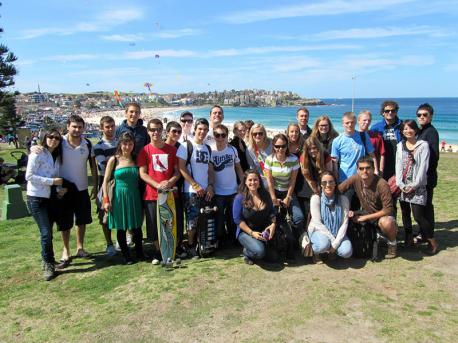 Our partner school ELC (English Language Company) is located in the very heart of the city, near the train station, 5 minutes walk from Darling Harbor and 5 minutes by bus from the famous Opera House. A better location is almost impossible! The language school has 24 modern classrooms, two student lounges, a kitchen and free Wi-Fi. The features of this language school, in addition to the well-trained teachers, the excellent mix of nationalities. Here you have lessons with fellow students from more than 45 different countries! read more »
Minimum age:
16 years
Open:
all year round
Stay in:
Host family, School residence
Course period:
2-16 weeks, 2 weeks from €687 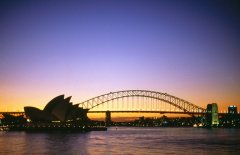