Learn Italian in Taormina, a pretty town on the east coast of Sicily, with a population of approximately 11,000 inhabitants. Since the 19th century, the town has been a very popular tourist destination due to its beautiful sandy beaches and pleasant climate. The city is located just a 45 minute drive away from Mount Etna, Europe's largest active volcano. Whilst you learn Italian in Taormina, we recommend that you take an Excursion or trek around the foothills of the volcano. During the summer, many events take place here, including pop and classical music concerts in the Ancient Greek theatre.
read more » 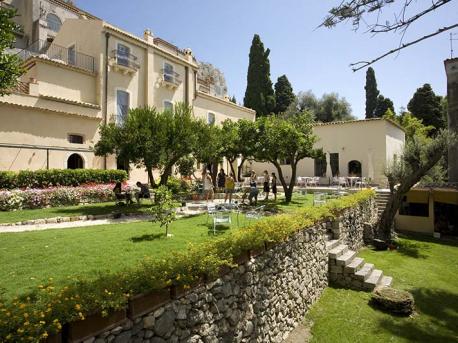 Learn Italian in Taormina at our partner school Babilonia. Babilonia just recently opened up their school in a fantastic new location, which is via the Timoleone 10, the beautiful staircase which is leading up to the Greek theatre, in a stunning patrician 19th Century villa surrounded by botanical gardens thus making it an ideal location to learn Italian in. The language school also is a cultural centre which organises presentations with writers, paining and art exhibitions, jazz and classical musical concerts and has a cafeteria and restaurant open all day long serving tasty traditional Sicilian dishes. This is not only a great place to learn Italian but also meet both students and local Italians in Taormina! read more »
Minimum age:
17 years
Max. class size:
10
Open:
all year round
Stay in:
Apartment, Host family, Private apartment
Course period:
1-24 weeks, 1 week from €250 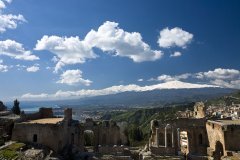