Learn Italian in Milian one of Italy's biggest cities and famous worldwide as being a capital of design and fashion. Situated in the Lombardy region of northern Italy, Milan has a very interesting and varied history, dating back thousands of years. The city has, over its history, been under not only Italian but also Spanish and Austrian rule, and the many interesting landmarks and historical monuments housed here are examples of this historical legacy and are remarkably beautiful. These include the Duomo, which is the second largest church in Italy and the world's third largest, the Teatro alla Scala, which is one of the world's most important centres for Opera lirica, the Biblioteca Ambrosiana, which contains notebooks and drawings by Leonardo da Vinci and the church of Santa Maria delle Grazie with its adjoining museum housing The Last Supper painting by Leonardo da Vinci.
read more » 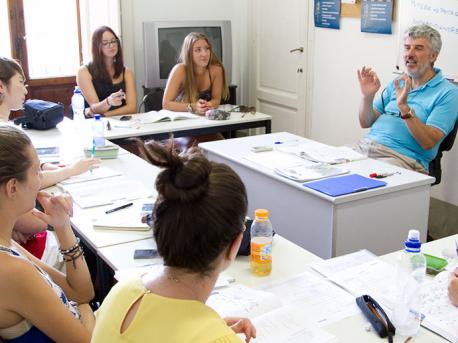 Language courses for Adults at Linguadue

Learn Italian in Milan at our partner school, Linguadue. Linguadue is located in a beautiful art nouveau building, close to subway station Lima in the commercial centre of the city. The school is attended by international students from over 50 countries, who are mostly interested in design, fashion, music and business. read more »
Minimum age:
18 years
Max. class size:
14
Open:
all year round
Stay in:
Apartment, Host family
Course period:
1-36 weeks, 1 week from €480 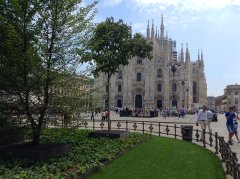