Study English in one of the language schools in San Diego, a beautiful, modern, clean city situated in California. San Diego attracts people from all over the world with its sunny skies, beautiful beaches, islands and peninsulas. With a warm regional climate for most of the year, San Diego's tourists enjoy pleasant weather at almost any time of year. San Diego is also perfect for those who not only want to learn English but also play sports. San Diego has more than 92 golf courses, 1200 tennis courts, 40 miles of beaches and a 4600-acre aquatic park and just a one hour drive east of the city you can enjoy the alpine environment of the Laguna Mountains. Drive east for two hours and you can experience the warm dry air of the desert. Few places on earth offer this variety of geography. Mexico is just 20 minutes to the south. San Diego's culture is heavily influenced by American and Mexican cultures due to its position as a border town.

Language schools in San Diego
Learn English in our fantastic language schools in San Diego. San Diego is a beautiful multicultural city, the Spanish influence can be seen in the many historic sites across the city, such as the Spanish missions and Balboa Park. Located within the park are the popular San Diego Museum of Art and the San Diego Natural History Museum. Given its proximity to the Pacific Ocean and its warm Mediterranean-like climate, San Diego enjoys an abundance of quality produce and dining. Local specialities include Mexican cuisine, wood-fired, California-style pizza, Southeast Asian specialities of all kinds and some delicious local wines. Furthermore there is wide range of eateries in which to enjoy what's on offer, from high-class restaurants to appealing bars and diners, and plenty in the way of nightlife for both young and old alike. If you like the sound of this then take a language course in our language schools in San Diego. 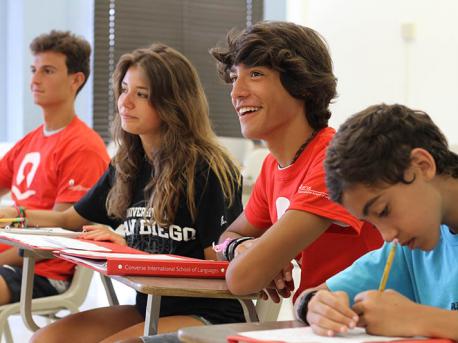 Our partner school in San Diego, Converse International School of Languages, receives students (13-17 years old) from many countries for its youth course each year. The youth course is an all-inclusive programme which takes place in July and August. The program features a two, three, or four-week English language training course, daily afternoon activities, and weekend excursions. The programme takes place at the University of San Diego Campus. The University of San Diego’s landscaped courtyards with its Spanish Renaissance and Mission Style buildings pale only in comparison to its stunning views of San Diego, Mission Bay, and the Pacific Ocean. read more »
Minimum age:
13 years
Open:
27/06/2022-05/08/2021
Stay in:
Residence
Course period:
2-4 weeks, 2 weeks from €3328 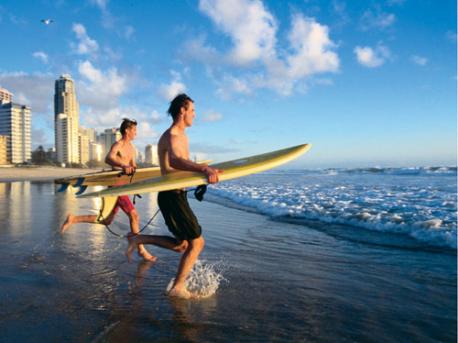 Language courses for Adults at Converse International School of Languages

Learn English in San Diego at our partner school Converse, a conveniently located language institute in the city centre close to public transport. Converse is only a short walk away from the Horton Plaza shopping district, the historic Gaslamp Quarter and the new baseball stadium. Beautiful Balboa Park and the world-famous San Diego Zoo are also nearby. read more »
Minimum age:
17 years
Open:
all year round
Stay in:
Host family, Residence
Course period:
2-32 weeks, 2 weeks from €862 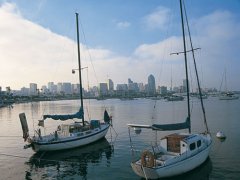