Take German classes in Hamburg, a modern city which offers the fantastic combination of culture, history and style. This is very much reflected in the city’s architecture, which combines its historical past with the 21st century. The skyline features the high spires of the five principal churches which are covered with green copper plates. These are the Saints: Michael, Nicolas, Peter, Jacob and Catherine of which the church of St. Peter is the oldest dating back to the 11th century. This architecture in comparison to the Köhlbrandbrücke Bridge and the Heinrich-Hertz-Turm for example, give the city a very diverse feel, and it is this diversity that makes the city so appealing. Interestingly enough there are more bridges within the city limits than any other city or town in the world, including Venice and Amsterdam. Hamburg has a selection of theatres, three of which are state owned; the most famous and distinctive is the Thalia-Theater which was founded in 1843 and named after the muse Thalia. It is home to one of Germany’s most famous ensembles, staging around 9 new plays per season. 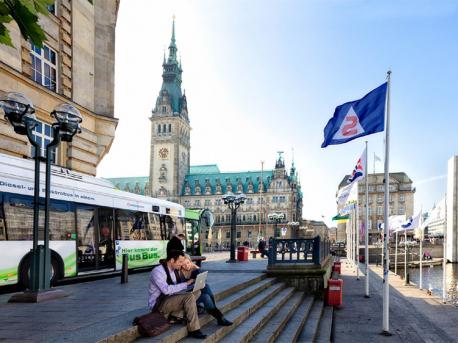 Our partner school Colón, was founded in 1952 and has developed into one of Germany’s leading language institutes with 18 language courses on offer. Colón is situated in the Colonnaden district of the city, in a quiet pedestrian zone. The most interesting feature of the school is the specialist language bookstore, the International Bookshop Colón, where modern course materials and foreign language literature are available for purchase. The school has a special range of CD-Rom courses where students can test themselves and continue their language study in their free time. read more »
Minimum age:
16 years
Open:
all year round
Stay in:
Apartment, Host family, Private apartment, School residence
Course period:
1-36 weeks, 1 week from €150 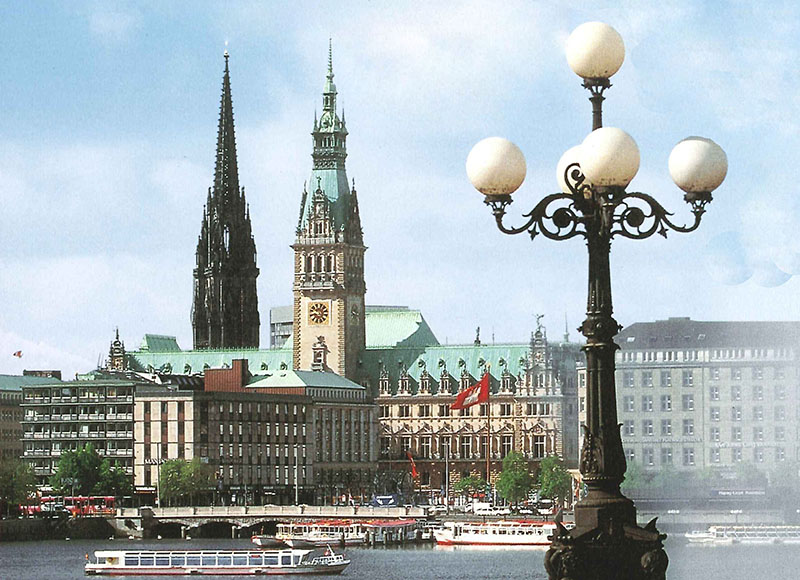