Study Spanish in Sucre, the Bolivian constitutional capital and home of the Supreme Court. Situated in the South-Central part of Bolivia, Sucre is positioned at an altitude of 2800 metres above sea level, making it the highest capital city in the world. We advise our students who decide to study Spanish in Sucre to take it easy during their first few days in Sucre, due to the thin mountain air. Sucre is also a university city, with many cultural attractions such as museums, shops and restaurants. The San Francisco Xavier University, which specialises in law, was founded in 1625, and is one of the oldest universities in the new world. During the colonial era Sucre was very much a Spanish city, and even today you can still see the Andalucian influence imbedded in its convents, church’s and houses.  Sucre attracts thousands of visitors each year due to its well preserved colonial architecture and its status as a UNESCO World Heritage Site. Also home to a large indigenous population who still maintain their traditional clothing and customs, Sucre has a fascinating cultural mix. Sucre's students provide a cosy and vivacious atmosphere in the city. The immediate surroundings of the city are also worth exploring whilst you study Spanish in Sucre. The historic mining town of Potosí is one of the world's highest cities. Farmers and textile workers from far and wide flock to the Tarabuco weekly Sunday market to sell their colourful fabrics. A little further in the distance is the dazzling white plain of the Uyuni salt lake. 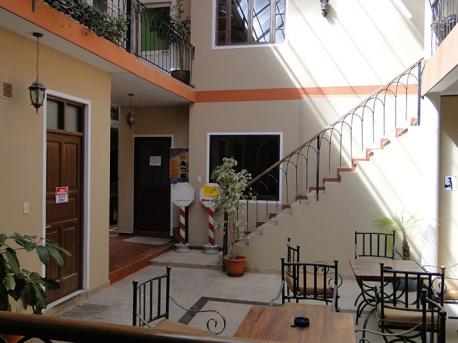 Learn Spanish in Sucre at our partner Spanish school, Academia Latinoamerica de Español. The school is located one block from the main plaza in Sucre, in Bolivar street. The school has spacious and well equiped classrooms, a wonderful terrace from where students have a view of all the city, a really nice cafe, and a travel agency and national tour operator. The school is quite small in size, with the capacity of about 40 students, which means students will be able to enjoy individual attention throughout their stay. read more »
Minimum age:
18 years
Open:
all year round 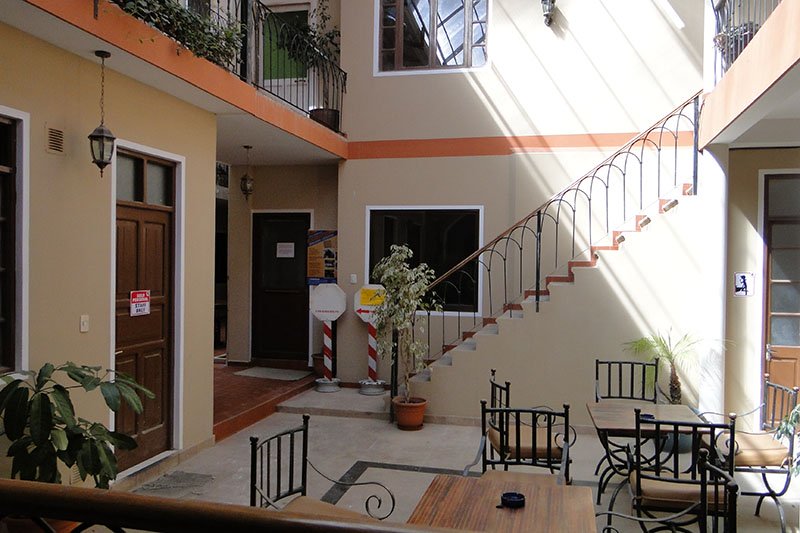