Study Spanish in San Sebastian, the historical and culturally-diverse city located in the Basque area of Northern of Spain. It is positioned in the Bay of Biscay and has a population of approximately 180,000 people. The surrounding region is largely undiscovered and is the home to some incredible wildlife, favoured by walkers, trekkers and mountain bikers alike. San Sebastian is a city where old meets new, with a very stylish centre with lots of modern, high-end shops and classical Basque districts. If you choose to study Spanish in San Sebastian, you will find many attractive and trendy bars in the city which are enjoyed by a young crowd. Away from the hustle and bustle there are some lovely restaurants in the traditional Basque style which offer a range of delicious food. The region is also well known for its cheap tapas and is available all over the city at a number of pleasant venues. San Sebastian has a beautiful coastline and three well-known beaches, La Concha, Ondaretta and La Zurriola. La Concha was made popular by Queen Isabel and is considered by many to be one of Europe’s most beautiful beaches, Ondaretta stands at the foot of Mount Igeldo and is overlooked by some beautiful villas and gardens and has an aristocratic feel to it and La Zurriola can be found on the bank of the river. Recently the beach has undergone construction to work to reclaim land from the sea, but its splendour has remained intact, something which you will admire when you study Spanish in San Sebastian. 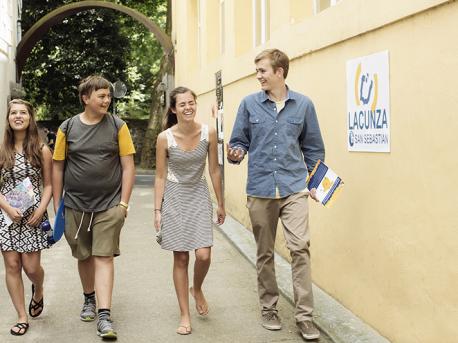 Lacunza exists for over 40 years and is one of the oldest language schools in Spain. The school is located on the edge of downtown. There are air-conditioned classrooms. The students can use computers (with internet), a canteen with coffee and soda machines and the terrace. The adult learners also have lessons at this location, but during the lessons you will be with students of your own age. read more »
Minimum age:
14 years
Open:
30/05/2022 - 26/08/2022
Stay in:
Host family
Course period:
1-4 weeks, 1 week from €430 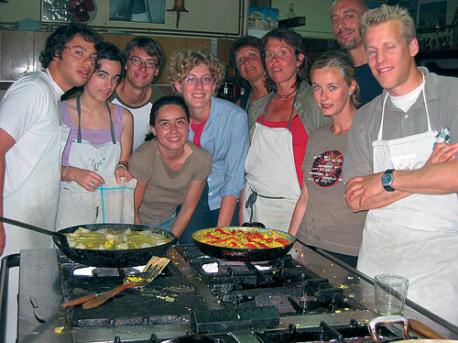 Language courses for Adults at Lacunza

Learn Spanish in San Sebastian at our partner language school, Academia Lacunza. Academia   Lacunza is over 40 years old, which makes it one of the oldest language schools in all of Spain. The school is on the edge of the city centre and has excellent facilities. read more »
Minimum age:
17 years
Max. class size:
12
Open:
all year round
Stay in:
Apartment, Host family, Residence
Course period:
1-20 weeks, 1 week from €235 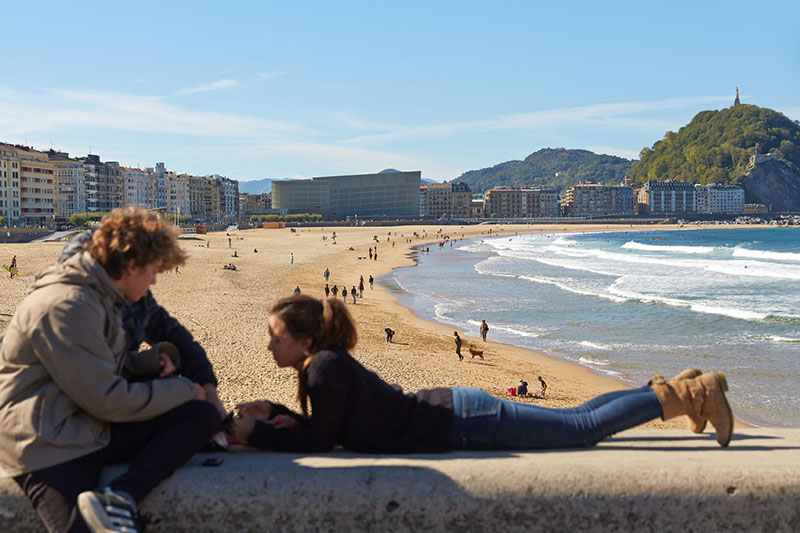