Study Spanish in Buenos Aires, the charming and colourful capital city of Argentina. Buenos Aires is situated on the south-eastern coast of Argentina and on the shore of the Rio de la Plata. The eastern region of Argentina has a pleasant, temperate climate with the hottest months of the year being December, January and February when the average temperature exceeds 27 degrees. July is the coolest with temperatures of approximately 12 degrees. The truly stunning city of Buenos Aires is the economical, financial and commercial centre of Argentina, with the port being one of the busiest in the world. To the west is the Pampa Humeda, which is the most productive region of Argentina in terms of agriculture. Tobacco, wool, dairy, grain and meat are all farmed or manufactured in this area. Truly world-class, the city boasts European sophistication while retaining Latin charm, and it is this unique combination which attracts so many people to study Spanish in Buenos Aires. Buenos Aires has been referred to as the "Paris of South America" in the past due to its popularity and splendour. With countless bars and cafes, attractive neighbourhoods, and a great nightlife, Buenos Aires offers the possibility for many weeks, or even months of exploration whilst you study Spanish. Whether sitting at an outdoor cafe with a coffee, dancing salsa until the early morning, playing soccer in the parks, or taking in a world famous Tango show, cosmopolitan Buenos Aires provides entertainment for everyone.

Our partner school Expanish is centrally located in ‘downtown’ Buenos Aires, close to the famous Plaza de Mayo. The school has a brand new building with all kind of modern facilities such as 24 modern classrooms, a computer room, a student lounge, coffee area, free Wi-Fi, and heating /air conditioning. The atmosphere at Expanish is very international meaning you will get the chance to meet students from all over the world! read more »
Minimum age:
16 years
Max. class size:
1
Open:
all year round
Stay in:
Apartment, Host family, Private apartment
Course period:
1-24 weeks, 1 week from €180 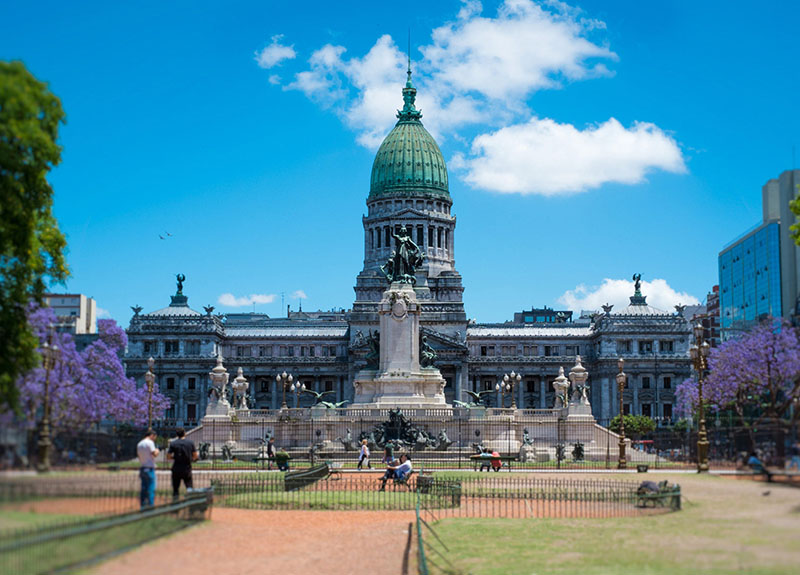