Study Italian in Florence, the beautiful and romantic capital of the Tuscany region of Italy. Florence is quite a large city with a population close to 370,000 people and has a history dating back centuries, as it was originally a settlement established by Julius Caesar in 59 BC. Florence was declared a World Heritage Site by UNESCO in 1982 in tribute to its history and beauty, and anyone who has visited will undoubtedly agree. The region has a pleasant climate typical of much of northern Italy, experiencing hot, humid summers with little rainfall and cool, damp winters. The weather can be hot and humid from June to August and the lack of a costal breeze means that summer temperatures are generally higher than those along the coastline. One of the best things about the city is the sheer number of beautiful buildings and historical sites housed there, that, if you choose to study Italian in Florence you will be able to discover for yourself. The most famous landmark in Florence is undoubtedly the stunning 13th century Santa Maria del Fiore Cathedral, with its very impressive dome. The Arno River is another landmark, cutting through the old part of the city. Historically, the people have had a mixed relationship with the Arno as in the past the river both nourished the city with business and destroyed it by flooding. The Ponte Vecchio Bridge has a multitude of shops upon its edges and is held up by stilts. Having been constructed by the Etruscans in ancient times, it is the city's only bridge to have survived World War II intact. Originally a Franciscan foundation, the Santa Croce basilica contains the monumental tombs of Galileo, Michelangelo, Machiavelli, Dante and many other notables.

Study Italian in an international language school in Florence
We offer you the chance to study Italian in Centro Fiorenza, our fantastic language school in Florence. The cuisine of the region is very popular and is found in traditional bars and restaurants all over the city. Bread and local pâté are very popular as are thinly sliced meats such as prosciutto and salami served with melon. Florence's most famous main course is the bistecca alla fiorentina, which is Chianina beef steak cooked over hot charcoal and served very rare on a bed of arugula with sliced parmesan on top - buonissimo! 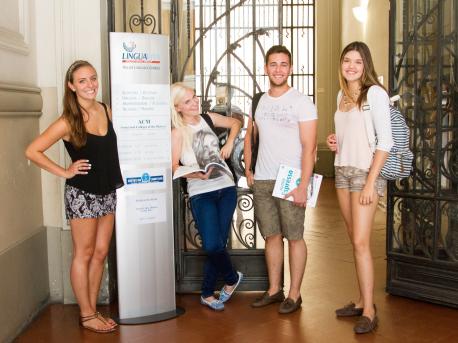 Language courses for Adults at Linguaviva

Linguaviva in Florence is located in an elegant 19th century building next to the main railway station at minutes walking distance to the historic city center. read more »
Minimum age:
16 years
Open:
all year round
Stay in:
Apartment, Host family
Course period:
1-36 weeks, 1 week from €450 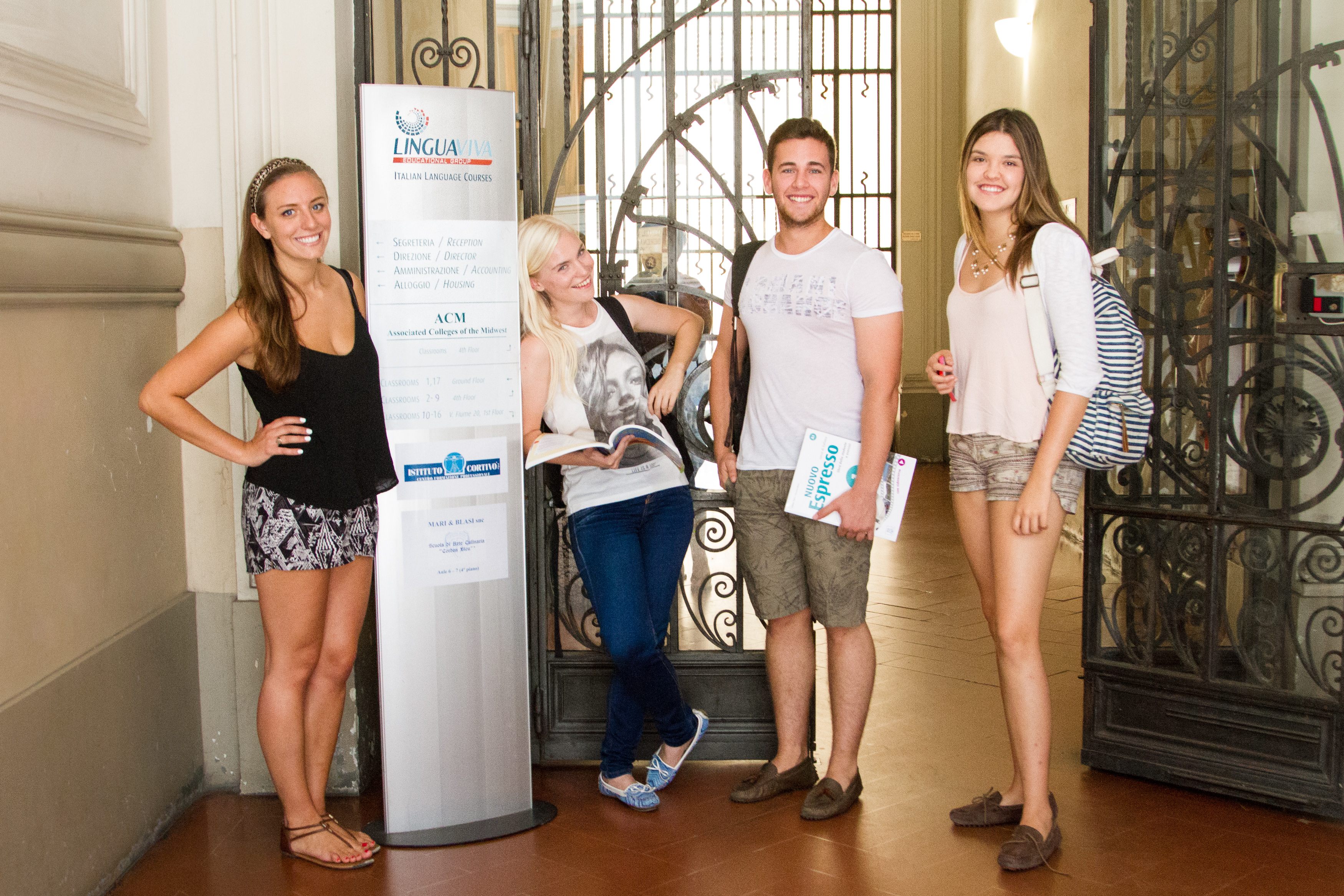