Study French in Rouen, where you will have the amazing opportunity to stay in the beautiful historic capital of Normandy. With 115,000 inhabitants Rouen is a city full of life due to the great variety of culture and commerce. By train, you can reach the vibrant city of Paris, in less than an hour, one of the most prosperous European cities due to the positioning of the commercial port of the River Seine, the fifth biggest in France. During the middle ages, it was the headquarters of the “Public Treasury” of France. The great french writer, André Maurois, once famously said that Rouen is, “the perfect combination of both order and fantasy,” something which you will become familiar with when you study French in Rouen. Study French in Rouen, the place where, the famous French heroine Joan of Arc was burned at the stake in 1431. Visit the gothic Tower of Joan of Arc, where her trial took place, and the outstanding Church of Saint Joan of Arc, on of the most remarkable places of history, as this is where she was burned at the stake. When you study French in Rouen you will find a medieval atmosphere is present whilst walking down the charming cobbled streets, which have a selection of different shops for those who enjoy shopping to take advantage of and a wide variety of restaurants and café’s for you to sample the local cuisine, as it is the gourmet capital of Normandy.

Study French in an international language school in Rouen
When you study French in Rouen, you can visit the beautiful cathedral, which is immortalized in paintings done by the talented French artist Claude Monet. It is one of Europe's most outstanding Gothic shrines, due to the striking contrasts of the paintings and the sunlight beaming through the windows of this outstanding architecture. During the weekend, the city is buzzing with atmosphere. When you decide to study French in Rouen, you will discover that the nightlife is very appealing and fun due to the wide variety of pubs and nightclubs, which is attended by students from throughout the region, even those coming from Paris. 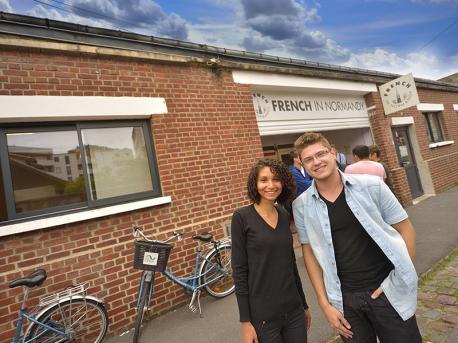 Language courses for Adults at French in Normandy

Learn French in Rouen, with our partner school in Normandy, which is located in the chic 'Jardin les Plantes' (botanical garden area). The school has 12 classrooms, a computer suite, with has 30 computers with free internet for students to use and a library. Easy access, numerous cafés, takeaways and shops close by and the splendid botanical gardens with their open space and fun sporting facilities, like pétanque (French bowls), table tennis and basketball,  complete the picture. The friendly and welcoming atmosphere in the school makes it easier for students to learn French in Rouen. read more »
Minimum age:
16 years
Max. class size:
15
Open:
all year round
Stay in:
Host family, Private apartment, Residence
Course period:
1-26 weeks, 1 week from €290 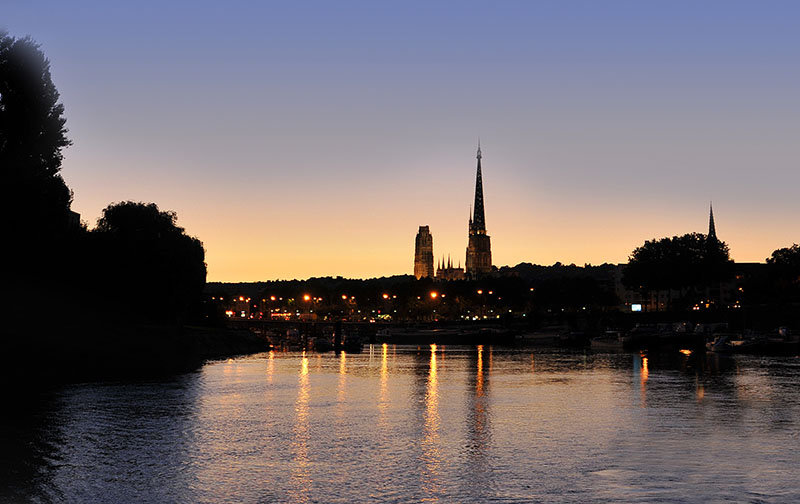