Study French in Nice, a striking French city situated on the Mediterranean coast in the south-eastern corner of the country between Marseille and Genoa in Italy. Nice has a population of approximately 990,000 people and attracts many visitors due to its temperate climate and stunning beaches. Nice is one of the most elegant in all of Europe, and if you choose to study French in Nice you will find many places of interest to enjoy throughout your stay. Apart from Nice's beautiful beaches and historic port, the city is also home to some lovely architecture including Hotel Negrasco on the Promenade des Anglais and the Saint Nicolas Orthodox Cathedral is of Russian design. Nice's French cuisine is delicious and a lot of local ingredients are incorporated in the everyday diet. Olive oil, anchovies and fruit are particularly popular as are other local fish including mullet, bream and sea urchin. The Nice region enjoys a Mediterranean climate with mild temperatures throughout most of the year. Winter temperatures are typically between 10 and 17 degrees Celsius during the day. Very hot weather is not uncommon in Nice during the summer months, but is moderated by a cool sea breeze. The Nice Côte d'Azur International Airport is the third most important airport in France and has frequent flights from many main European cities with low-cost airlines. Nice also has a great public transport service which links the city centre and the surrounding area, so getting around will be no problem whilst you take your French course. 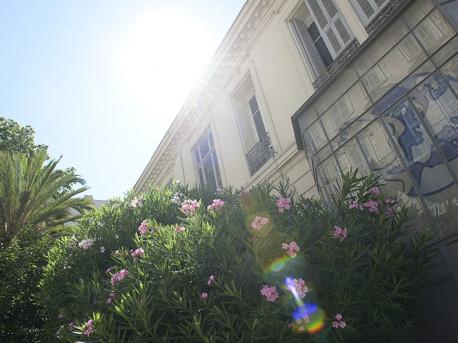 Language courses for Adults at Alpha B

Learn French in Nice at our partner French institute, Alpha B. Alpha B is a language school which has a very personal character thanks to it's enthusiastic team of teachers. All French language students will fit in very easily here. The school is situated in a lovely, large building with its own garden, close to Nice's shops, beaches and old town. read more »
Minimum age:
9 years
Max. class size:
10
Open:
all year round
Stay in:
Apartment, Host family, Private apartment
Course period:
1-28 weeks, 1 week from €340 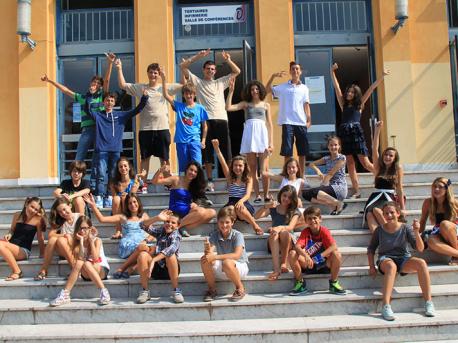 Our partner school in Nice, Azurlingua Juniors , offers a complete summer camp package for students of 12-17 years old. Programmes are available to suit the needs of each individual, as you can choose the intensity of the classes, type of accommodation, and even book extra sport activities such as tennis or diving classes in addition to the standard programme! Apart from French classes and accommodation, all the activities, transfers and meals are included. In other words: the perfect way to spend your summer holiday. read more »
Minimum age:
8 years
Open:
13/03/2022 - 29/10/2022
Stay in:
Host family, Residence
Course period:
1-6 weeks, 1 week from €485 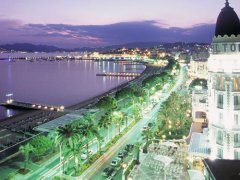