Study English in New York, one of the largest and most impressive cities in the world. Home a diverse mix of world culture, famous landmarks and architecture, New York has been one of the world's major centres of finance and commerce for over 100 years. Many of New York's landmarks and neighbourhoods are known all over the globe, including the Statue of Liberty, Wall Street and the Empire State Building and a visit really is a once-in-a-lifetime experience. The building most closely associated with the city is the skyscraper and New York is home to arguably the most impressive skyline in the world. But the beauty of New York lies in the fact that although these breathtaking buildings exist, there are over 28,000 acres of municipal parkland and 14 miles of public beaches.

Study English in an International Language School in New York
New York's Central Park in Manhattan is very popular with tourists and is the most visited park in the United States. In terms of New York's nightlife there is simply too much to describe in detail. As New York is divided into the 5 distinctive boroughs of Queens, The Bronx, Manhattan, Brooklyn and Staten Island, it is best to visit them individually to discover the incredible variety on offer. There are nightspots located everywhere in New York, from traditional Irish pubs in Queens, to upmarket wine bars and restaurants in Manhattan, there is enough to cater for everybody. The best way to get round New York is by using the subway or by taking a famous yellow cab. Driving in New York is simply not an option! 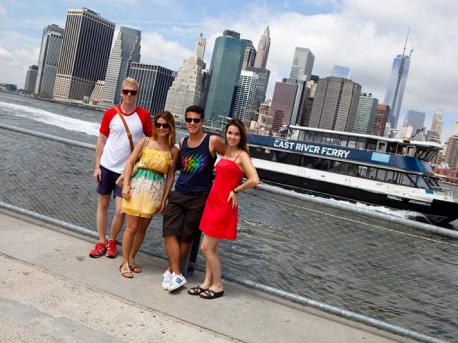 Our partner school, Embassy English, is situated in two locations in the Manhattan district. Both buildings have all of the necessary facilities for professional language courses. The school's English language teachers are always on hand to help students settle in. In class they encourage a relaxed but professional atmopshere, ensuring students get the most learning and enjoyment out of their classes as possible.  read more »
Minimum age:
16 years
Open:
all year round 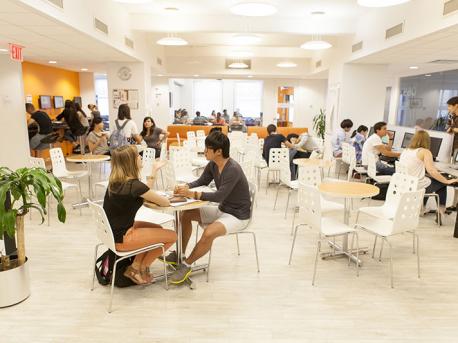 Language courses for Adults at EC

Our partner school in New York, EC, is situated in an exceptional area, in the heart of Manhattan in the exclusive vibrant area of Times Square, just a few minutes walking distance from some famous breathtaking landmarks and some great shops. Furthermore, Broadway theatres, the famous 5th Avenue and the Empire State Building are among the other exceptional places which are located just a short walk from the the language school. The campus of the University of Berkeley is also just two blocks from school. read more »
Minimum age:
16 years
Open:
all year round
Stay in:
Apartment, Host family, Residence
Course period:
1-32 weeks, 1 week from €659 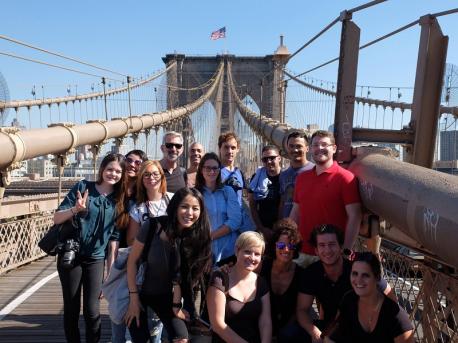 Language courses for Adults at Brooklyn School of Languages

Our English language partner school, The Brooklyn School of Languages, is located just over the Brooklyn Bridge. This means the school is just one subway stop away from Manhattan. This way you'll get to live in a neighborhood of New York that has kept all its natural beauty, charm and sophistication, without any of the stress of living in such a big city. It is like living a village in one of the biggest global cities! And whenever you want to explore the rest of the city, there are plenty of public transfer options that take you right into Manhattan! read more »
Minimum age:
18 years
Open:
all year round 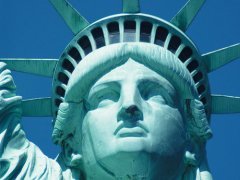