Take German lessons in language schools in Vienna, the beautiful capital of Austria. A thriving cosmopolitan city, Vienna makes an ideal location to take a German course in the language schools. Named as a World Heritage Site by UNESCO Vienna is renowned for its quality of living. Art and culture. Although Vienna has a wonderful historic heritage, it is also one of Europe's most dynamic cities and choosing to learn German in this vibrant destination is not a decision you will regret. Vienna is of course famous for its opera, and you will find a number of opera house's devoted to the typical Viennese operetta and the Staatsopher. The Hofburg Imperial Palace has housed some of the most powerful people in Austrian history, including the Habsburg dynasty, rulers of the Austro-Hungarian Empire. The Museumquartier (museum quarter) is also well worth visiting during your time learning German in the language schools in Vienna.

When you decide to take a German language course, you have the choice of learning German in one of the best language schools in Vienna, ActiLingua. A trip to the language schools in Vienna certainly wouldn't be complete without a visit to a traditional cafe to soak up the Viennese atmosphere. The famous Viennese cafés have a long and distinguished history dating back centuries. Leading writers of the 18th and 19th centuries became attached to the cafés’ atmosphere and were frequently seen meeting, exchanging and writing there. Famous poet and writer Peter Altenburg supposedly spent so much time in his favourite café, the Café Central, he had his mail delivered there.
Would you like to attend German language schools in Vienna and require further information, or would you like to find out more about StudyTravel? If so, please follow this link or contact us via the following telephone numbers:
Call FREE from the UK: 0808-2348578
Call FREE from the USA: 1-866-864-4489 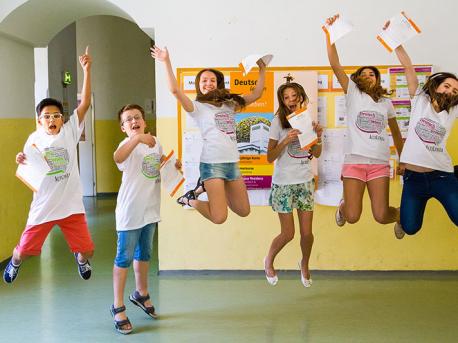 The summer school of Actilingua for young people between the ages of 12 and 17 , is located in a boys school in Vienna. The junior school is the famous private boarding school Theresianische Akademie Wien , founded by Maria Theresia in 1746. This campus is situated in the centre of the city and has some magnificent teaching and sporting facilities. Access to the school can usually be done on foot or by public transport. read more »
Minimum age:
12 years
Open:
04/07/2022 - 06/08/2022
04/07/2022 - 06/08/2022
Stay in:
Campus
Course period:
1-5 weeks, 1 week from €975 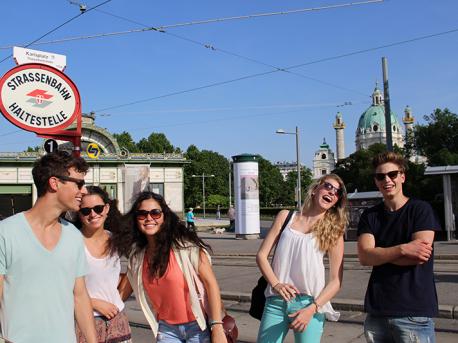 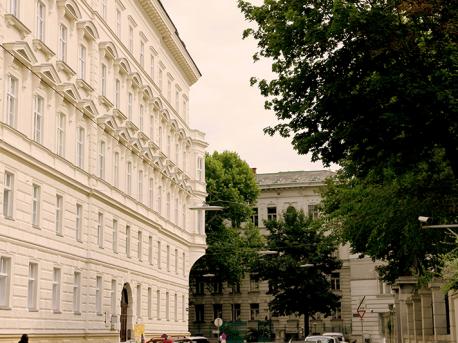 Language courses for Adults at ActiLingua

Learn German in Vienna at our partner school, ActiLingua. Founded in 1988, ActiLingua and has gained an excellent reputation as a language school with a successful range of courses, an ideal learning environment and modern teaching equipment. The school offers top standards of language tuition combined with an attractive leisure programme. read more »
Minimum age:
16 years
Open:
all year round
Stay in:
Apartment, Host family, Private apartment, Residence
Course period:
1-36 weeks, 1 week from €280 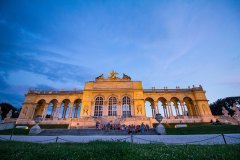