Attend one of the many fantastic German language schools in Lindau, a popular holiday destination for both German and European holidaymakers alike due to its stunning location and incredible surroundings. Interestingly enough, the town is an island in the eastern part of Lake Constance in Southern Germany, which is connected to the mainland by a railway dam and a bridge. The town is situated in the Bavaria region of Germany and has a population of approximately 24,000 inhabitants, although this increases during the summer. The town is positioned near to where Germany, Austria and Switzerland meet, nestled under the Pfänder Mountain, making excursions to these countries an enjoyable experience. Due to its pleasant location in Lake Constance and its historic medieval town centre, Lindau is a popular place for sightseeing tours and holidays, and makes a fantastic location to go to the language school to take German courses. Lindau was on an important trade route from Nuremburg to Italy in former times and fishing has played a big role in the economy of the city, as well as being an important location for textiles industries in the 19th century. Lindau has a number of special sights of interest that are popular with visitors. The town’s famous harbour is still regarded as the most attractive on Lake Constance and was completed in 1856. Much of the work was completed by the sculptor Johann Von Halbing and includes a lion looking over the lake. The harbour entrance is flanked by the Bavarian crest and the 33m high lighthouse. The Pulverton tower stands on the western tip of the island and was integrated into the town’s defensive wall in the 16th century when the rear part of the island was reinforced. The Alte Rathaus or The Old Town Hall was built in the Gothic style between 1422 and 1436 and later on it was modified in the style of the Renaissance, between 1536 and 1578. The ground floor is home to the Free Town library, which dates back several centuries, and the town archive.

When you attend the language schools in Lindau you will discover that many sporting activities can be done on the lake and in the surrounding countryside. These include water sports such as sailing and water skiing, cycling around the lake, Nordic walking, golf and rambling. There are also a number of excursions options available such as to Meersburg, Salem Castle and to Liechtenstein, thus making the language schools in Lindau the perfect place to take a German language course.
Would you like to attend one of the German language schools in Lindau and require further information, or would you like to find out more about StudyTravel? If so, please follow this link or contact us via the following telephone numbers:
Call FREE from the UK: 0808-2348578
Call FREE from the USA: 1-866-864-4489 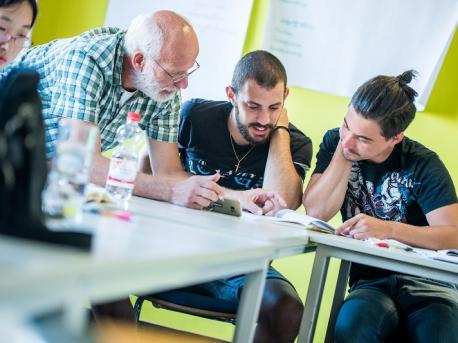 Learn German in Lindau at our partner school, Dialoge. Offering high-quality German language courses since 1985, Dialoge provides students with a friendly and familiar atmosphere. The language teachers are very well qualified and have extensive experience in teaching German as a foreign language. The language school is located in the centre of the town, within easy reach of all shops, bars and attractions. read more »
Minimum age:
16 years
Open:
all year round
Stay in:
Apartment, Host family, Private apartment, Residence
Course period:
1-36 weeks, 1 week from €305 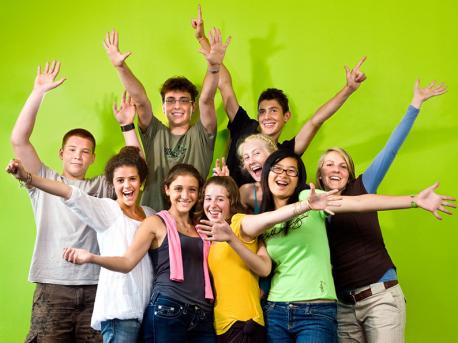 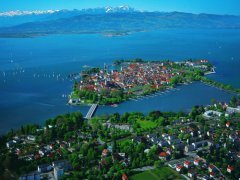